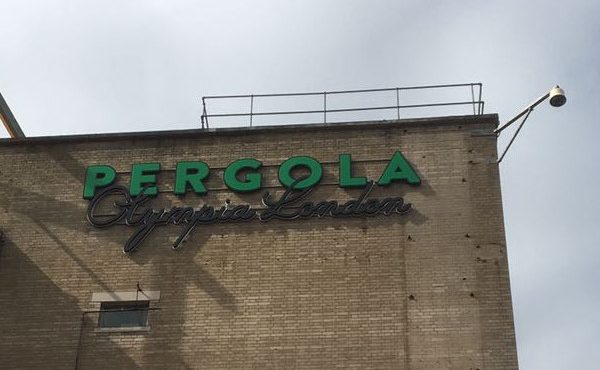 The world famous, 132 year old Olympia London conference and exhibition centre will soon be home to a new year-round rooftop eating and drinking space, thanks to Pergola, who came to us for the exterior signage.

The new venue, Pergola Olympia London, sits five storeys up so required signage that could be seen from a distance. We proposed a metal letter solution, with LED-lit green acrylic face for the word “Pergola” and halo illumination for the “Olympia London” lettering. The signage would be mounted on carrier rails to manage the required cabling. 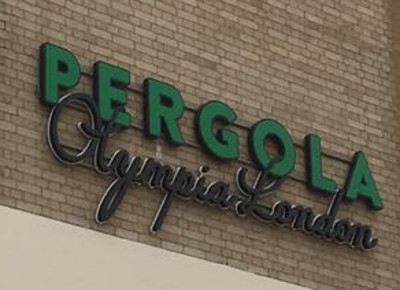 Two signs were commissioned on this basis. The first, measuring 6.54m across by 2.295m high, was installed towards the top of the building, whilst a smaller version measuring 3.72m x 1.278m was fitted just above street level.

Pergola Olympia London is set to open towards the end of September, by which time our signage will have been shining out over London to raise awareness for a good month, and will continue to do so long after the venue has welcomed its first guests.

Dubbed a “botenical bolthole”, Pergola Olympia has a 500 capacity, will feature three self service restaurants (Patty and Bun, Claw and Passo) and a fully stocked bar. It’s decór is a mix of overgrown ivy and botanical planters with a modern interior of exposed brickwork and rustic furniture. 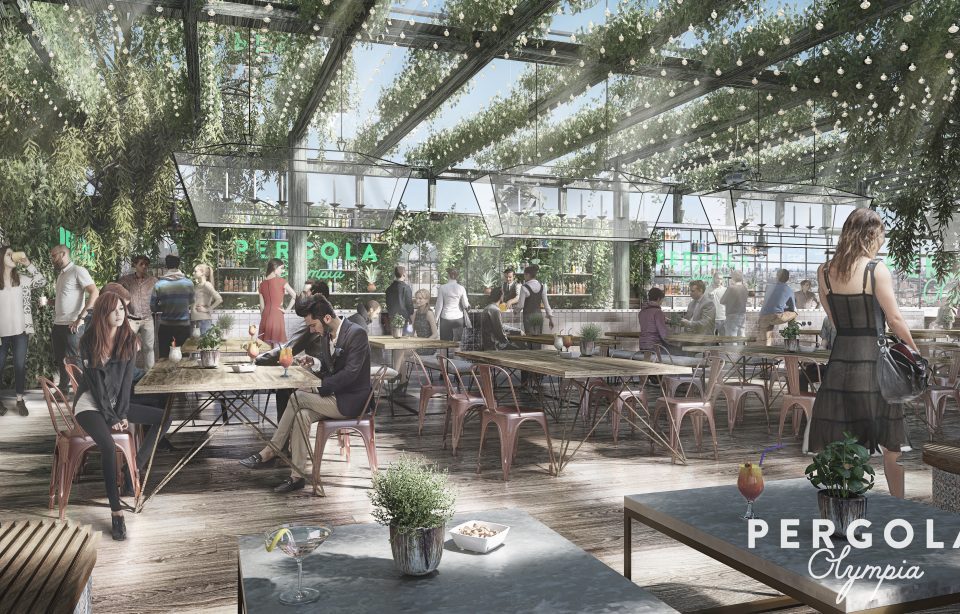 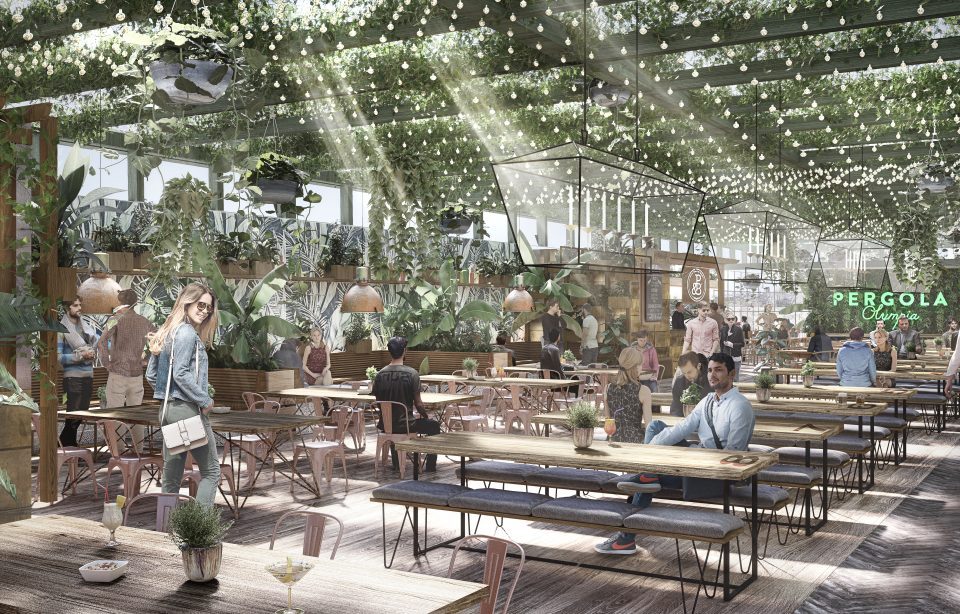 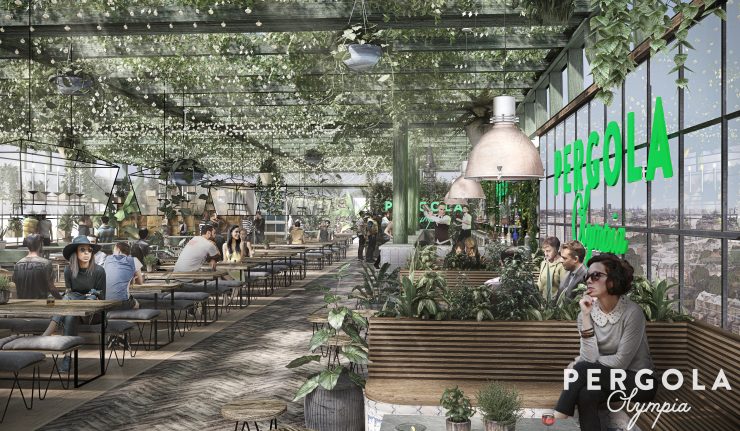 It’ll become a big hit with Londoners and visitors to Olympia, we’re sure, and we’re proud to have supplied the large scale, exterior signage. 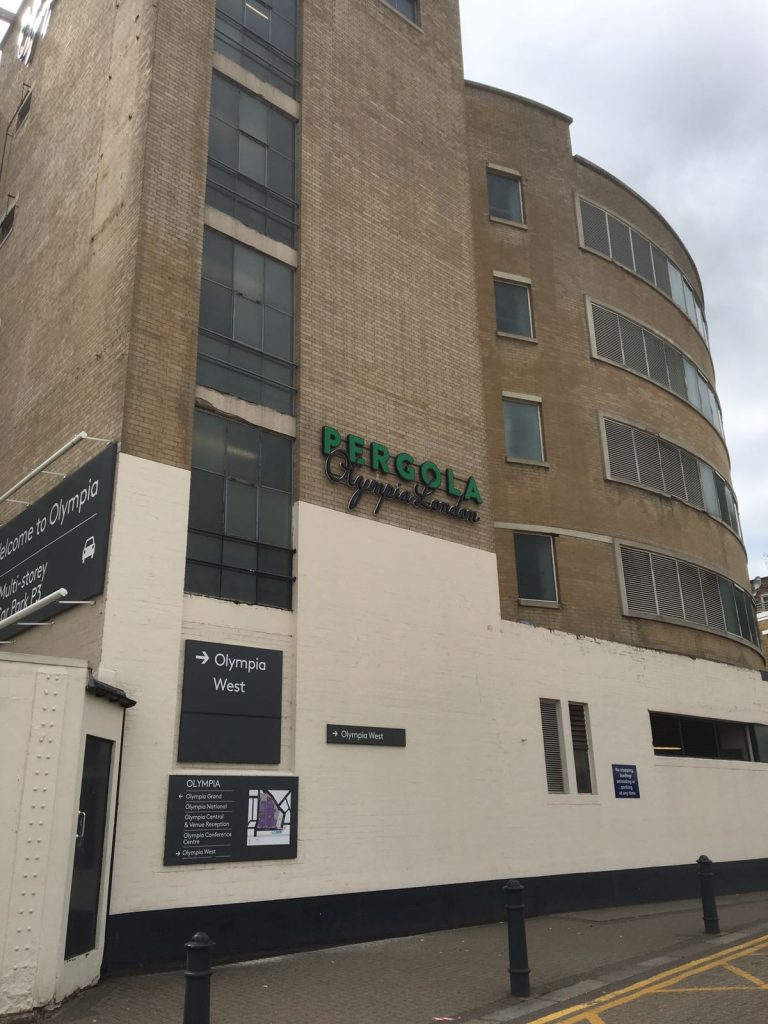 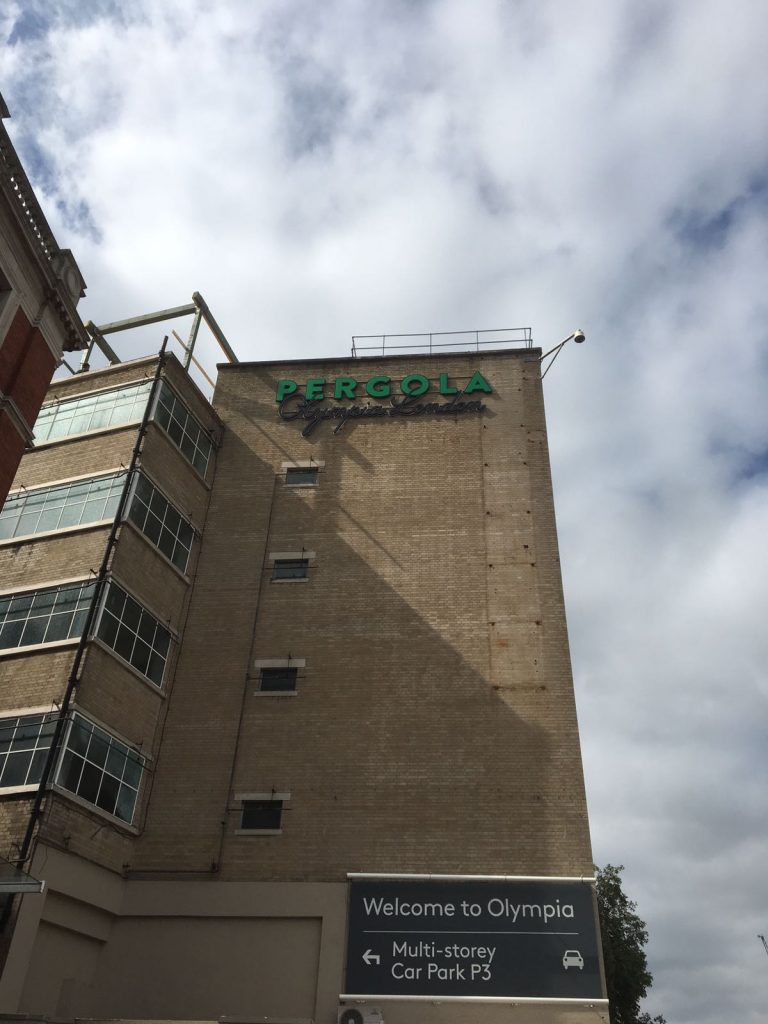