While work is carried out turning ‘The Cartway’, previously an indoor car park, into a 150-cover restaurant and a Bundobust brewery, the company commissioned Hartbrights to produce an advertising hoarding for the front of the premises.

Utilising Bundobust’s unmistakable branding and eye-catching imagery and colours, the hoarding announces the imminent arrival in a way that cannot be missed. It’s even been known to draw a crowd! 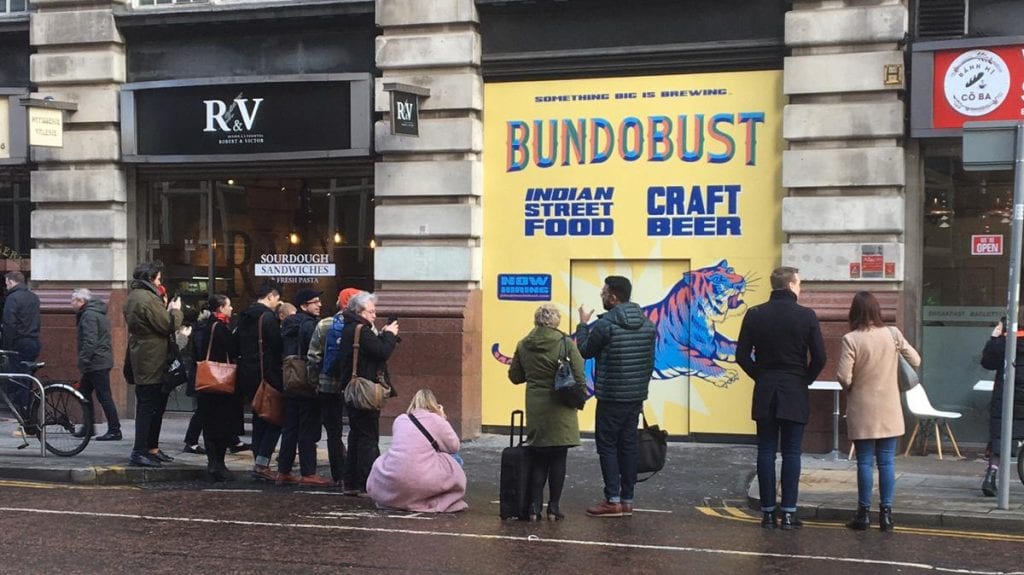 Bundobust, founded by Marko Husak and Mayur Patel, first opened in Leeds in 2014, receiving rave reviews from local and national critics. That success is clearly ongoing.

Opening a new business and require hoardings, signs or graphics to announce and advertise it? Get in touch with Hartbrights on 0161 998 7092 or contact us here.