To help support N Brown Group’s new campaigns for their power brands, Jacamo and Simply Be, the company explored a range of different marketing mediums, approaching Hartbrights to produce this remarkably powerful statement at their Manchester headquarters.

Based in the Northern Quarter on Lever Street, N Brown Group’s HQ is in Griffin House, a 10-storey office block built in the late 1960s or early 1970s. Because of that it is far from the city’s most attractive builds.

Or rather it wasn’t, until the company chose to use it as the canvas for their Jacamo and Simply Be marketing, commissioning Hartbrights to produce large scale banners and window graphics on Contra Vision to adorn it.

The artwork showcases N Brown’s key brands, Jacamo and Simply Be, with the Contra Vision window graphics stretching across the entire ground floor of the front of Griffin House.

Stretching across the front of Griffin House again, but covering the equivalent of four of the building’s 10 storeys, the banners create huge murals, one for each of the brands, either side of the main entrance.

Each PVC mesh banner measures 35m wide by 12.7m high – and they make for a striking view to anyone wandering down Lever Street now. Better than the original building, that’s for sure! 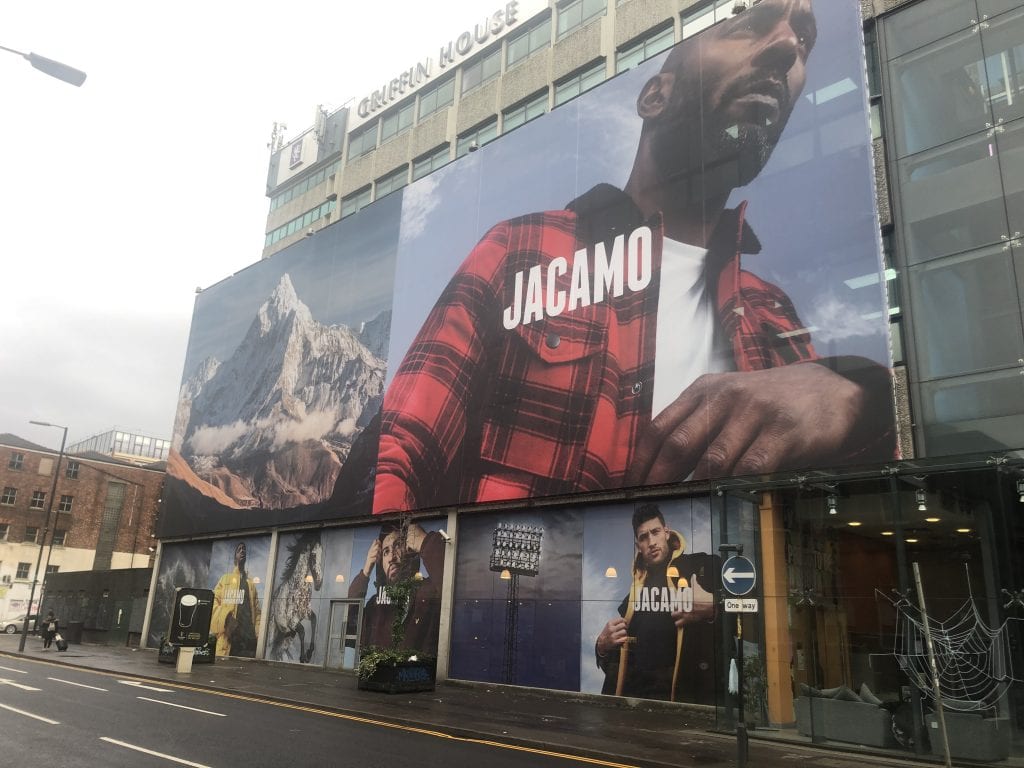 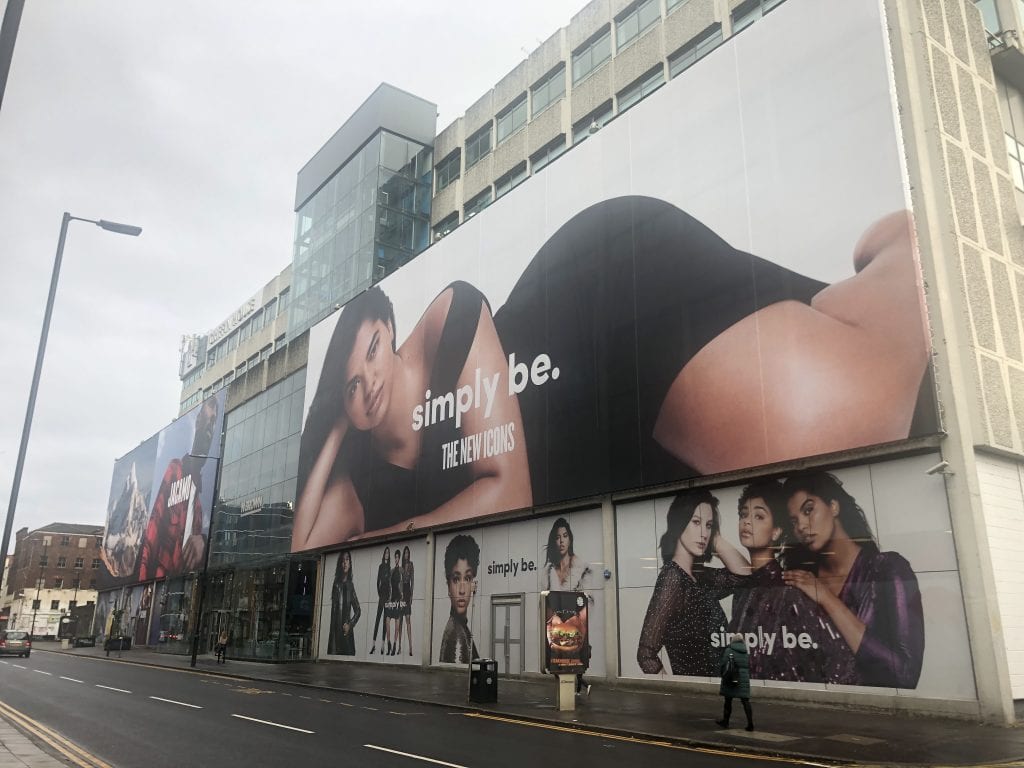 Check out this short video to see the full scale of these banners.

If you need signage of any kind for your business then get in touch with us here at Hartbrights now. Call 0161 998 7092 or email info@hartbrights.co.uk