When operators of The Northern Way pub in Preston, Olly Mattinson and Liam Murray, decided they wanted to mark this year’s Remembrance Sunday with a statement they turned to us here at Hartbrights to produce a wall mural for the gable end of the pub.

We sent our resident artist Craig Daniels to carry out the work. Featuring the lone soldier in a field of poppies the results are simply stunning. 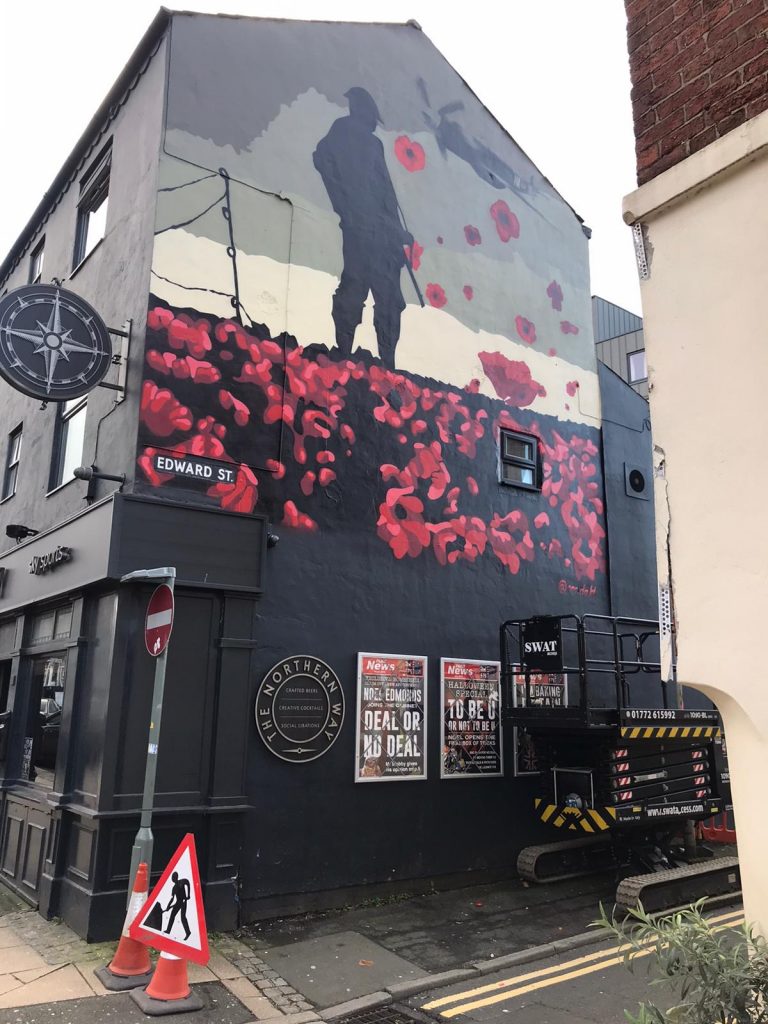 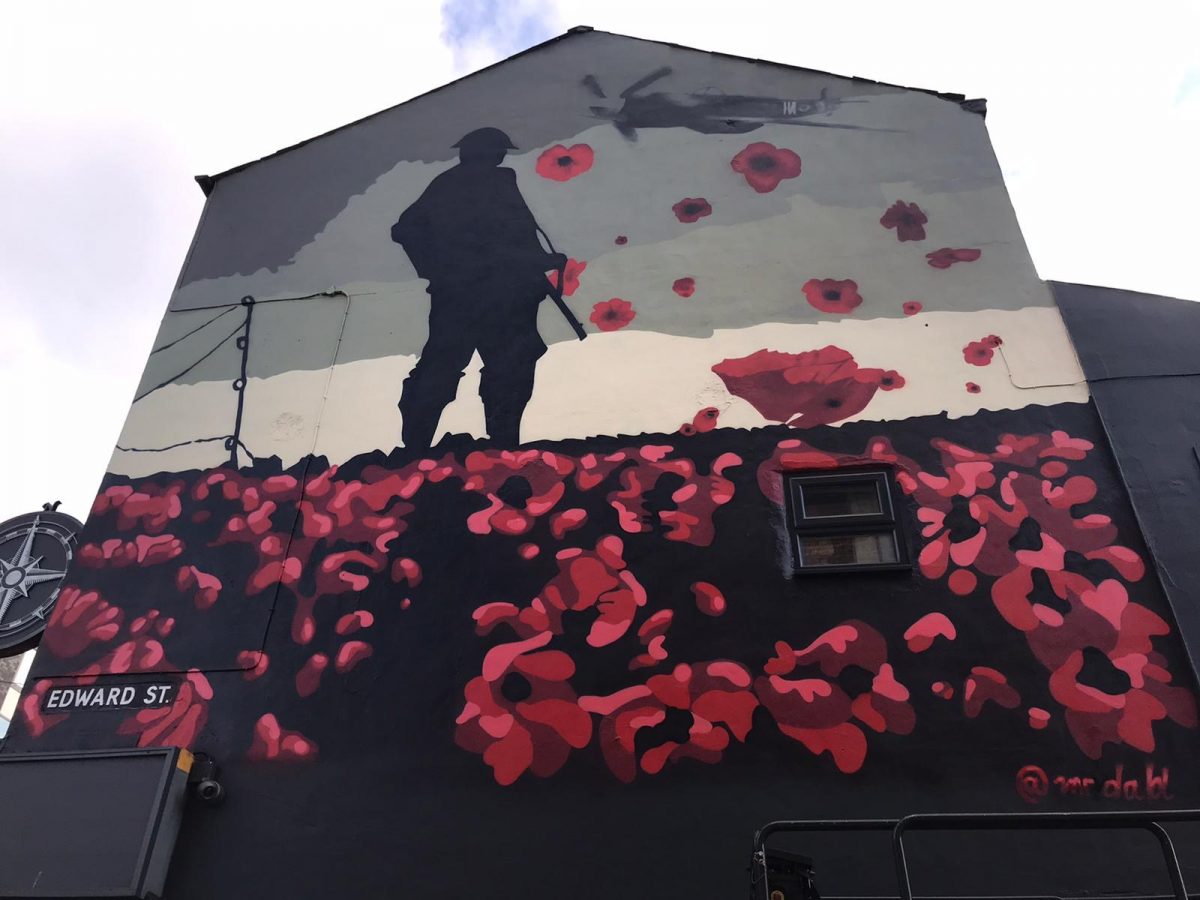 Pub Spokesman: “The operators both support The Royal British Legion as a cause close to their hearts, so it seemed a fitting tribute for this time of year to show our support for our brave servicemen and women.”

The mural has received a lot of praise on social media, with several people on the pub’s Facebook page commenting:

That’s BLOODY AWESOME ! From a veteran we thank you. Well done – Lest WE forget !

Very classy and a wonderful tribute.

Magic that I’d keep that up forever

The Lancashire Post even featured the mural in a story over the weekend.

For our own part, we were delighted to play our part in this wonderful and fitting tribute to our soldiers, past and present.

If you’d like to see the mural for yourself head to Friargate in Preston city centre – you can’t miss it.